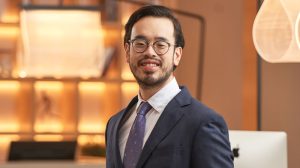 Petaling Jaya, 8 December 2022: Mr Benjamin Teo Jong Hian, the son of the late Dato’ Teo Chiang Quan, the former Chairman of Paramount Corporation Berhad (Paramount), has become a substantial shareholder of Paramount with effect from 8 December 2022, having a total interest of 28.9% in the company pursuant to a transmission of shares, which are registered in the name of Paramount Equities Sdn Bhd, Bunga Indah (M) Sdn Bhd and Rockwills Trustee Berhad Teo Chiang Quan.

The late Dato’ Teo was Paramount’s Chairman and Executive Director when he passed away on 24 May 2021.

Mr Teo, 33, is the Deputy Group CEO and Executive Director of Paramount. He was appointed to the Paramount Board of Directors on 22 August 2019 and became its Deputy Group CEO on 1 September 2021. Mr Teo started his career at Paramount as a management trainee in 2012 and rose through the ranks to become the CEO of Paramount Property Development Sdn Bhd in 2018. He had led the development of Co-labs Coworking, a network of coworking spaces. Since 2021, Mr Teo also had the overall responsibility of formulating and implementing strategic and operational plans for Paramount Property and navigating it to the next stage of growth.