Jointly organised by MPSP, Universiti Sains Malaysia, the Penang Chapter of the Federation of Malaysian Manufacturers (FMM) and the Penang Chinese Chamber of Commerce, the award was presented to Dr Chong Beng Keok, CEO & Principal of KDU College Penang, at the Majlis Perbandaran Seberang Perai (MPSP) event day held at the MPSP office in Seberang Perai on 6 July 2013.

Commenting on receiving the award, Dr Chong said, “All of us in the education industry play an important role in the promotion of sustainable living. In the race to produce industry-ready graduates, we are also producing ‘green-championing graduates’ – at a time when more and more businesses are putting emphasis on sustainable business practices.”

The College has been actively organising multiple eco-focused projects involving the student community as well as its faculty and administrative members. Its list of green initiatives include the KDU Charity Bazaar and Green Peace Fair in 2008, 2009 and 2012 introducing the 3Rs of going green – Reuse, Reduce and Recycle; ‘Go Eco No Ego’ Shopping Bag Design Competition in 2010 in support of the Penang State Government’s ‘No Plastic Bag’ campaign; ‘Going Green’ Charity Graduation Ball in 2010 which raised RM20,000 for two charity organisations; KDU Green Business Idea Competition in 2011 to encourage budding entrepreneurs to create sustainable green businesses; and Green War in 2011 which saw more than 800 volunteers participating in a mangrove tree-planting activity.

In addition, KDU College Penang has also incorporated green initiatives into its everyday institutional operations through college-wide waste management and paperless administration, eco-friendly canteen practices through the use of recycled food containers as well as the production and usage of natural cleaning enzymes from its student-driven waste recycling project.

Dr Chong said, “Our KDU College Penang community has sincerely embraced the belief that every small effort to promote sustainable living impacts positively on Penang Island and beyond. Their tireless efforts to promote an environmentally conscious attitude have inspired their families and friends to make small green changes at home, in the workplace and amongst their communities. This award will serve as an inspiration to everyone at KDU College Penang to further champion the cause of a green and sustainable lifestyle.”

For more information on the programmes and activities at KDU College Penang, email [email protected], or log on to www.kdupg.edu.my 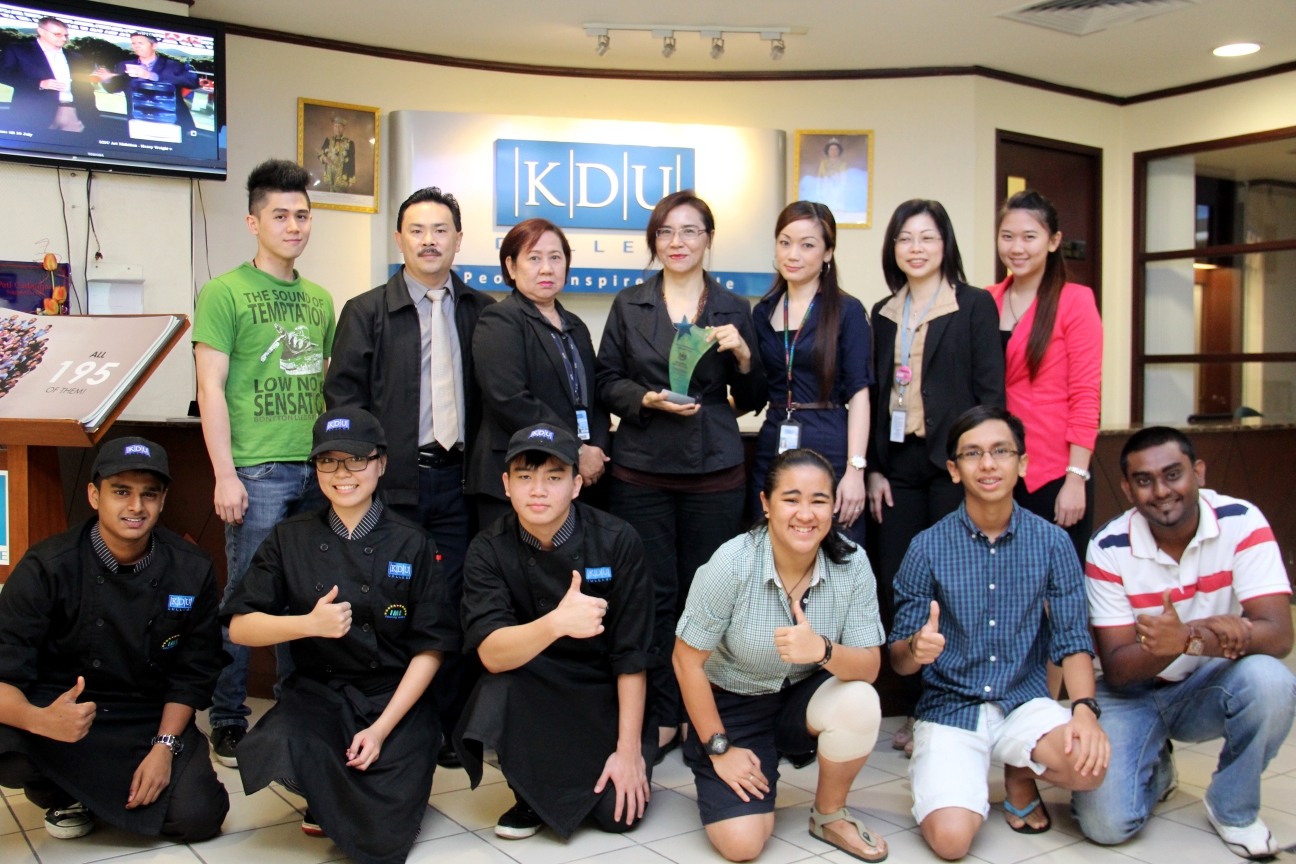