Dato’ Seri Amirudin also visited some of the units for handover, and with the assistance of other VIPs, planted “happiness trees” as symbolic gesture to wish the new occupants of Kemuning Idaman happiness at their new homes.

The gated and guarded Kemuning Idaman comprises 650 units of apartments in two blocks; one, 16 storeys and the other, 17 storeys. The community has its own surau building, open air carparks for visitors, a six-storey carpark for residents, a multi-purpose hall, children’s playground and a basketball court. The apartments are priced from RM100,000 to RM192,000, depending on unit size and the number of car parks.

LPHS has purchased 30 units of Kemuning Idaman to rent them out under the Skim Smart Sewa, making the apartments accessible to those who cannot afford to buy them.

“In support of the Selangor Government’s Rumah Selangorku initiative to help Malaysians own homes, Paramount has completed 1,356 units of affordable homes in Selangor including here at Kemuning Idaman,” he said in his speech.

“Over the next two to three years, Paramount will launch more than 3,000 units of affordable homes in Shah Alam, Salak Tinggi and Petaling Jaya. We look forward to continuing to cooperate with the Selangor Government towards a prosperous state, to grow in strength together.”

In terms of physical units, Paramount had launched more than 10,000 residential properties (comprising houses and apartments at different price points for different markets) and 1.9 million square feet of commercial spaces including a hotel, offices, a mall, car parks, and industrial space in Selangor.

Today, Paramount has 10 ongoing projects in Selangor, Kuala Lumpur, Kedah and Penang with a GDV of RM3 billion. 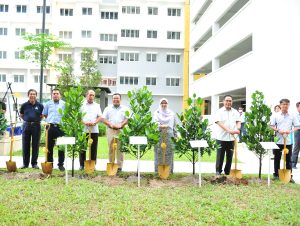 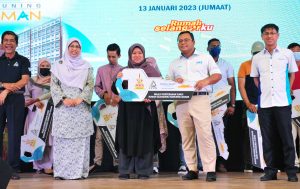