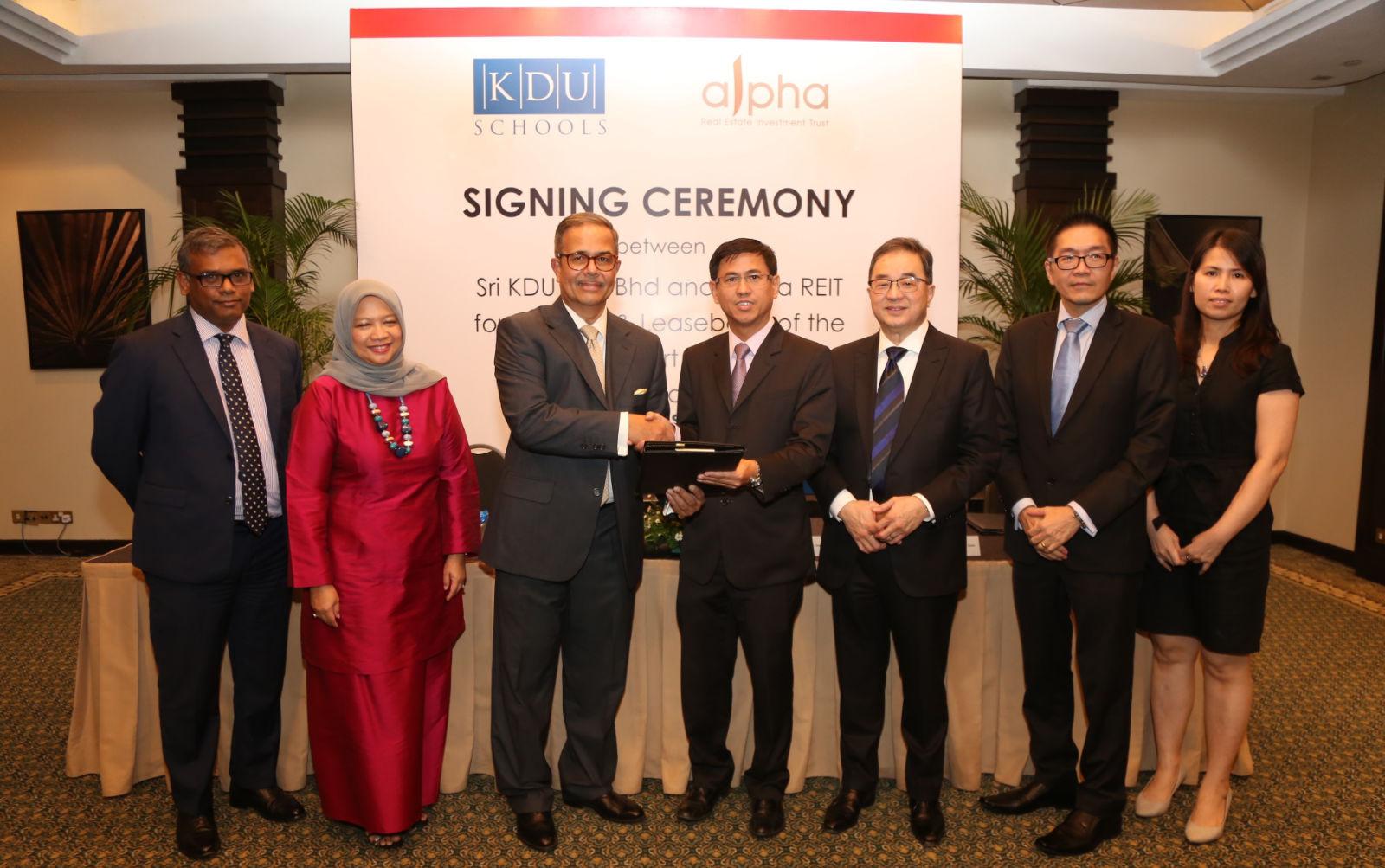 The deal will see Sri KDU Sdn Bhd (Sri KDU), a wholly owned subsidiary of PARAMOUNT, enter into an agreement with RHB Trustees Berhad, who are acting as trustee for Alpha Real Estate Investment Trust (Alpha REIT), to dispose of its property for a cash sale consideration of RM165 million.

The deal also includes a Triple Net Lease Agreement, signed in escrow, to lease the property from the Trustee for a period of ten years upon completion of the agreement, with options to extend the lease for two additional renewal terms of ten years each.

The property, located in Kota Damansara, Selangor, comprises three parcels of leasehold land with a total land area of 11.95 acres (48,363 square meters), with four buildings occupying a gross floor area of 17,319.07 square meters. The buildings are currently occupied by SKDU for its private and international schools, Sekolah Sri KDU (SSKDU) and Sri KDU International School (SKIS). The land is on a 99-year lease, which commenced in 2005 and will run through to 2104.

The property has a net book value of RM87 million, based on the latest audited financial statements of Sri KDU for the financial year ended 31 December 2016. PARAMOUNT has to-date invested approximately RM102 million in the development, including land, development and renovation costs, from the time of its acquisition in 2002. Property consultants Jones Lang Wootton have valued the property at RM165,000,000/- using the investment method of valuation.

Announcing the agreement, PARAMOUNT Group Chief Executive Officer Jeffrey Chew said,“One of the key strategies for the Paramount Group under its current 5-year business plan, which kicked off in 2014, is to adopt an asset-light strategy. Monetising the Group’s real estate assets through this sale-leaseback transaction allows it to unlock capital resources from long term assets, providing growth capital and allowing the Group to focus on its core activities to ultimately better reward shareholders.

“The leaseback agreement safeguards SKDU’s operations, allowing it to continue its business at its existing business premises without any disruption while locking in rental rates over a long-term period.”

He added that the bulk of the funds will be used to reduce bank borrowings by PARAMOUNT and its subsidiaries, with some set aside to reward shareholders and to meet working capital requirements of the Group.

The completion of the sale is pending standard due diligence processes and Selangor State authority approval for the transfer of the land and the creation of the lease. Barring any unforeseen circumstances, the disposal is expected to be completed by the Q42017. The lease will commence one day after the completion of the master agreement.