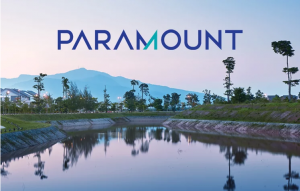 Meanwhile, earnings per share (EPS) for the quarter declined to 6.57 sen from 9.88 sen a year ago.

Paramount Corp declared a first interim dividend of two sen which has an entitlement date of Sept 10 and is payable on Sept 25.

In contrast, the group declared a single-tier dividend of 2.5 sen this time last year.

The group attributed its higher quarterly revenue following better contributions from both its property and education divisions, but noted the disposal of 9.4 acres of industrial land in Kota Damansara (KD Land) — which saw RM92.1 million in revenue and RM43.2 million in profit before tax (PBT) — increased 2QFY18 profit.

On its prospects, Chew said the group expects the property segment to remain soft, but the lowering of the base lending rate (BLR) following Bank Negara Malaysia’s reduction in the overnight policy rate combined with the Government’s extension of the Home Ownership Campaign to Dec 31, 2019 is expected to improve consumer and sentiment and raise property purchases.

As of 1HFY19, the group’s total unbilled property sales stood at RM978 million.

Chew added that following the divestment of its controlling stake in Paramount Education Sdn Bhd, Paramount Education (Klang) Sdn Bhd and Sri KDU Sdn Bhd for a proposed cash consideration of RM540.5 million — which is expected to be completed in 4QFY19 — the group will hold a 20% stake in its pre-tertiary business.

Meanwhile, it sold its controlling stake in its tertiary education division to Australian University of Wollongong-owned company UOWM Sdn Bhd for RM38.5 million in November 2018.

Shares in Paramount closed unchanged today at RM1.30, giving the company a market capitalisation of RM788.69 million, with some 666,900 shares transacted.