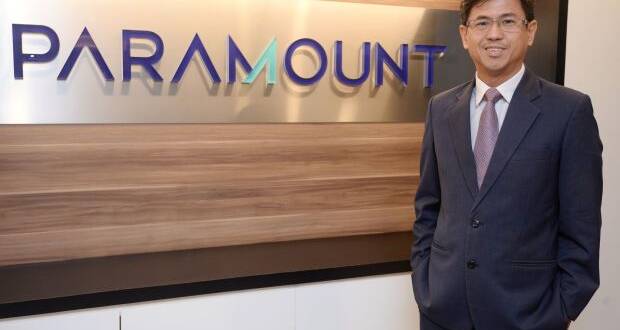 PARAMOUNT Corp Bhd expects a damper year for its financial performance in 2021 due to the resurgence of Covid-19 cases and subsequent lockdowns in the country.

“I have to say that 2021 is actually going to be quite a damper year because of the continued prolonged Covid-19 pandemic and the lockdown.

“The group would remain cautious as the pandemic persists and economic restrictions continue to be imposed in the country,” Chew said during a virtual financial result briefing yesterday.

He said the company’s board has exercised prudence not to declare any dividend in the quarter under review considering the challenging business environment.

The group had to stop work at five of its project sites due to the Enhanced Movement Control Order (EMCO) imposed at certain localities in Selangor in July.

The property developer also detected Covid-19 infections at several of its sites that led to a temporary operational suspension.

“We are operating roughly at 60% capacity. We hope by the end-September we can move closer to 100%. However, we believe it would be challenging to return to full capacity given the prevailing supply chain issues faced by the property development and construction industry,” Chew said.

Paramount posted a net profit of RM1.62 million for 2Q21 against a net loss of RM4.01 million a year ago due to the low base effect stemming from the impact of the MCO in March last year.

The group’s unbilled sales stood at RM1.03 billion as at June 30, providing some near-term cashflow visibility.

The group expects to launch projects with RM944 million in gross development value for 2H21.

Chew said the group plans to expand regionally and doubling up every three to five years, subject to good market conditions for property.

He said the continued economic uncertainties could result in cautious household spending, reduced business expenditure and a weakened employment market.

He noted the low-interest rate environment coupled with the stamp duty exemption on the instruments of transfer and loan agreement for the purchase of residential homes under the Home Ownership Campaign would spur buying interests.

AmInvestment Bank Bhd (AmInvest) is taking a cautious stance on the property sector and reiterated its ‘Neutral’ call amid the prolonged Covid-19 pandemic.

AmInvest analyst Lee Ching Poh said the sector saw a slower recovery in 2H21 as the tighter containment measures from June onwards led to the closure of sales galleries and halted property construction activities, delaying the recognition of progress billings.

“The banks remained cautious in terms of residential property lending, reflected in the low approval rate of 36% compared to 51%-53% during the 2011-2014 uptrend.

“It persistently subdued consumer sentiments and employment prospects against a backdrop of the prolonged pandemic are restraining consumers from committing to the purchase of big-ticket items, especially a house,” Lee wrote in a research report yesterday.

The investment bank noted new sales achieved in 1H21 rose substantially by 2.3 times year-on-year to RM8.6 billion due to the low base effect of 1H20.

“With the exception of the IOI Property Group Bhd, which exceeded its FY21 sales target, most of the companies attained 50%-75% of their FY21 sales target versus 13%51% in the previous year,” she said.

The analyst added quarteron-quarter sales were still sustainable, helped by the HOC, which accounted for more than 48% of local sales.

AmInvest’s top pick is Sunway Bhd with a fair value RM2.20, given the strong and diversified brand, substantive unbilled sales and outstanding orderbook.

As published: The Malaysian Reserve