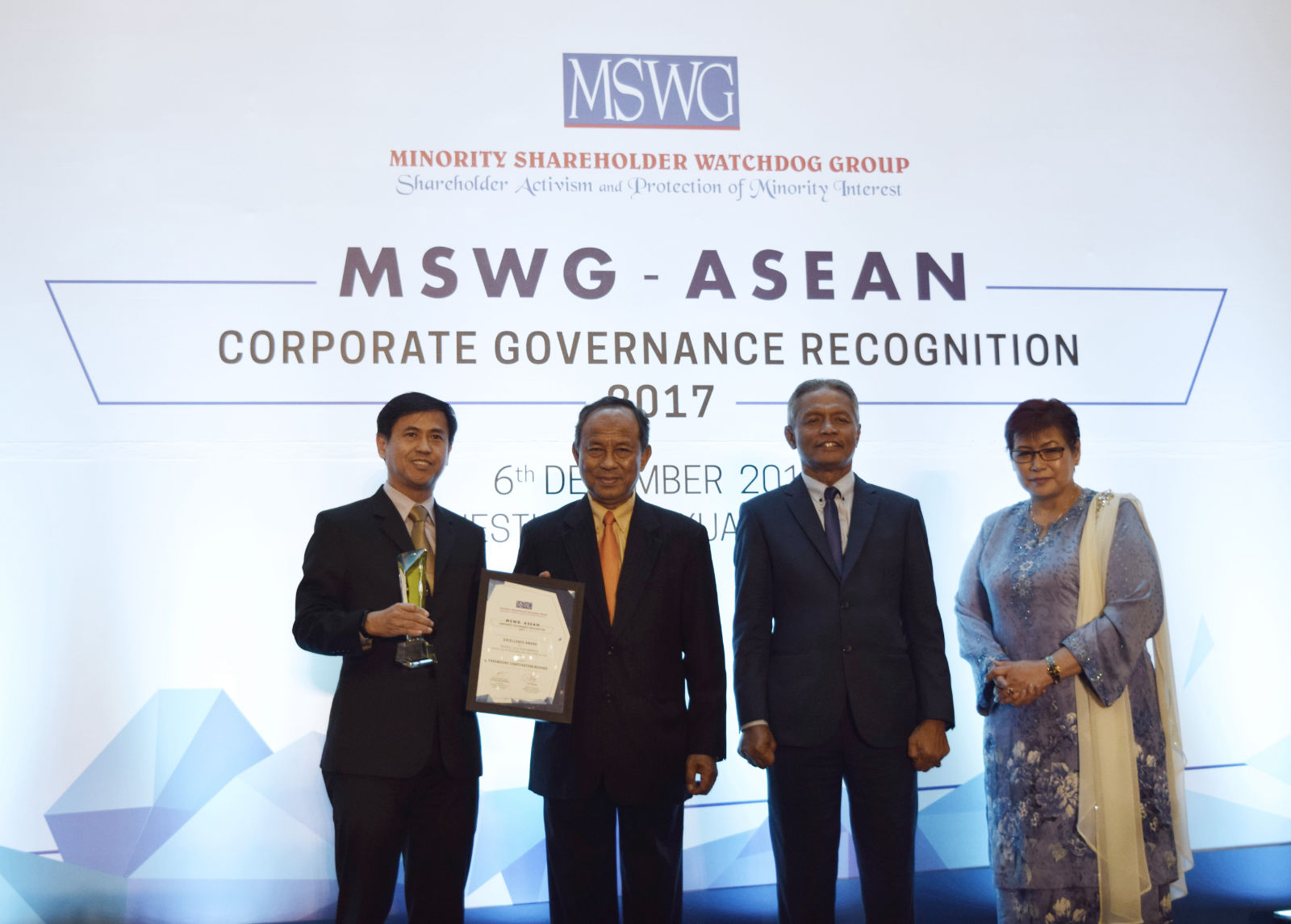 Petaling Jaya, 7 December 2017: Paramount Corporation Berhad (PCB) was top among the three companies that garnered the Excellence Award last night by Minority Shareholder Watchdog Group (MSWG) for Overall Corporate Governance & Performance in the category of companies with a market cap between RM300 million to RM1 billion.

These awards were given to create awareness and encourage best CG practices among public-listed companies. It rated and ranked public-listed companies on many different levels which included, amongst others, compliance with CG best practices, quality of disclosures, financial sustainability and corporate social responsibility efforts.

Speaking at the awards ceremony, PCB Group Chief Executive Officer Jeffrey Chew said “In Paramount, we continuously strive to improve our standard of Corporate Governance, to strengthen investor and market confidence in Paramount. Having received this honourable award is a testament that we are committed to adhere to the highest standards of good corporate governance in our business processes and maintain dialogue with our stakeholders.”

The MSWG was established as a government initiative to protect the interest of minority shareholders through shareholder activism. It is one avenue of market discipline to encourage good governance amongst public listed companies with the objective of raising shareholder value overtime.