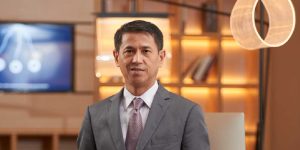 KUALA LUMPUR: Paramount Corp Bhd is optimistic that its financial performance for the second half of this year will surpass that of the first half.

“With the encouraging sales momentum achieved in the second quarter ended June 30 (2Q22), the group looks forward to launching five projects (including new phases of existing projects) with a total estimated gross development value of RM1.1bil in the second half of this year,” group CEO Jeffrey Chew said in a statement.

He said new projects lined up include Arinna, Kemuning Utama in Shah Alam, The Atera in Petaling Jaya and Sejati Lakeside 2 in Cyberjaya.

Chew said the group’s coworking and workspace solutions businesses are also well positioned to capitalise on the opportunities arising from the spur of economic activities and the adoption of a hybrid office set-up.

“The group will continue to maintain strong financial resilience and optimise its operations for better efficiencies. This includes increasing the use of industrialised building systems (IBS) to reduce reliance on labour over the longer term,” he said, adding that it will continue to explore opportunities to unlock the value of its real estate assets and investments.

Its revenue for the quarter jumped 59% to RM202.38mil from RM127.45mil in the same corresponding quarter last year.

For 2Q22, the property division recorded revenue of RM197mil, which was 57% higher than that of the corresponding quarter last year at RM125.3mil.

Despite the higher revenue, the property division posted a marginally lower pre-tax profit of RM18.7mil compared to RM20.6mil in 2Q21.

As at June 30, the division has unbilled sales of RM1.2bil.

In the first six months, Paramount posted a higher net profit of RM14.13mil on revenue of RM370.48mil.