Paramount Group CEO Jeffrey Chew said, “The Group has delivered positive results while the market continues to be weighed down by COVID-19. The improved financial performance in 2Q2021 compared to the same period last year was mainly due to the low base last year and the less severe disruptions this year to the Group’s operations due to containment measures implemented to curb the spread of COVID-19.”

As for 6M2021 results, the Group’s revenue had risen by 50% year-on-year to RM279.2 million while the PBT rose 14 times year-on-year to RM21 million. However, the profit attributable to ordinary equity holders was lower by 99% to RM3.9 million without the non-recurring gain of RM460.6 million from the disposal of the Group’s controlling equity interest in the pre-tertiary education business that was recognised last year.

The Group’s property sales for 6M2021 grew by 62% to RM309 million (6M2020: RM191 million) on the back of steady demand from the sale of existing as well as new products from an existing project.

The property division achieved a PBT of RM20.6 million in 2Q2021 against a LBT of RM4.5 million a year ago.  This was on the back of RM125.2 million in revenue which was 101% higher than a year ago. The top three revenue contributors were Bukit Banyan in Kedah, ATWATER in Selangor and Utropolis Batu Kawan in Penang. 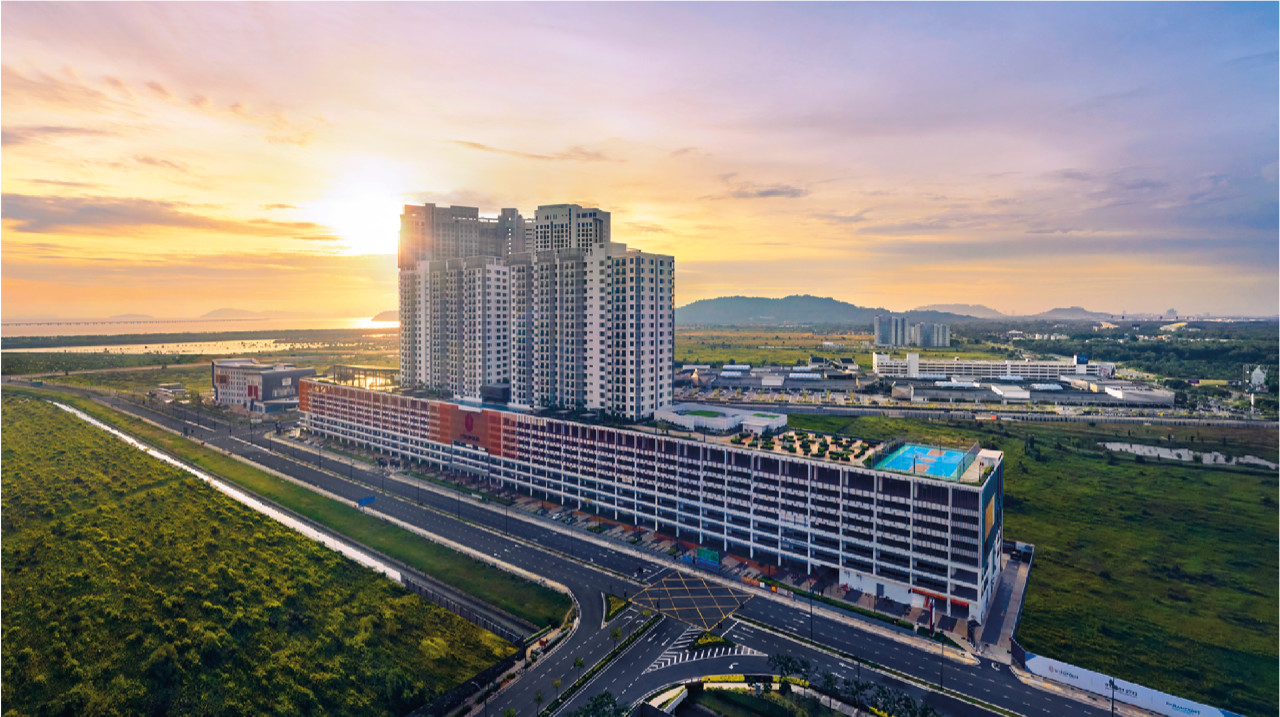 The higher 2Q2021 revenue was mainly attributed to the higher level of construction progress recognised, coupled with higher sales achieved, given the low base last year due to the first movement control order (MCO 1.0). Although the Group’s construction sites were closed from 1 June 2021 in compliance with the full movement control order (FMCO), most resumed operations within the same month after relevant approvals were obtained and compliance requirements were met.

higher than the same period last year of RM0.8 million. In addition to the contribution from the new outlet at Tropicana Gardens, Kota Damansara which opened in January 2021, all four other coworking outlets also registered higher revenue. However, the division’s LBT in 2Q2021 was RM1.2 million, 20% higher than RM1.0 million recorded in the same period last year mainly due to the additional costs of the new outlet.

For the first half of 2021, the Co-labs Coworking division achieved a revenue of RM2.6 million, which was 42% higher than the same period last year of RM1.9 million. Despite the higher revenue, the coworking division incurred a LBT at RM2.4 million (6M2020: RM2.4 million) mainly due to the new outlet.

“The property market will be weighed down by continued economic uncertainties caused by the prolonged pandemic situation which could result in cautious household spending, reduced business expenditure and weakened employment market,” said Chew.

“However, as lockdown restrictions ease, we hope to sustain the strong sales momentum with speedier sales conversion and project approvals. The low interest rate environment and the stamp duty exemption under the home ownership campaign remain crucial to incentivise property purchases,” said Chew.

“The new projects lined up for the second half of this year are The Atrium, a high-rise residential development at the prestigious U-Thant enclave of Kuala Lumpur and Arinna Kemuning Utama, a low-density smart home project located in Shah Alam,” said Chew.

He added that measures are also underway for the Group to meet the relevant standard operating procedures such as vaccination of workers to allow construction activities to be carried out at a higher workforce capacity.

Overall, the Group expects the business environment to remain challenging for the rest of 2021 and as such, the Board has exercised prudence not to declare any dividend for this quarter.