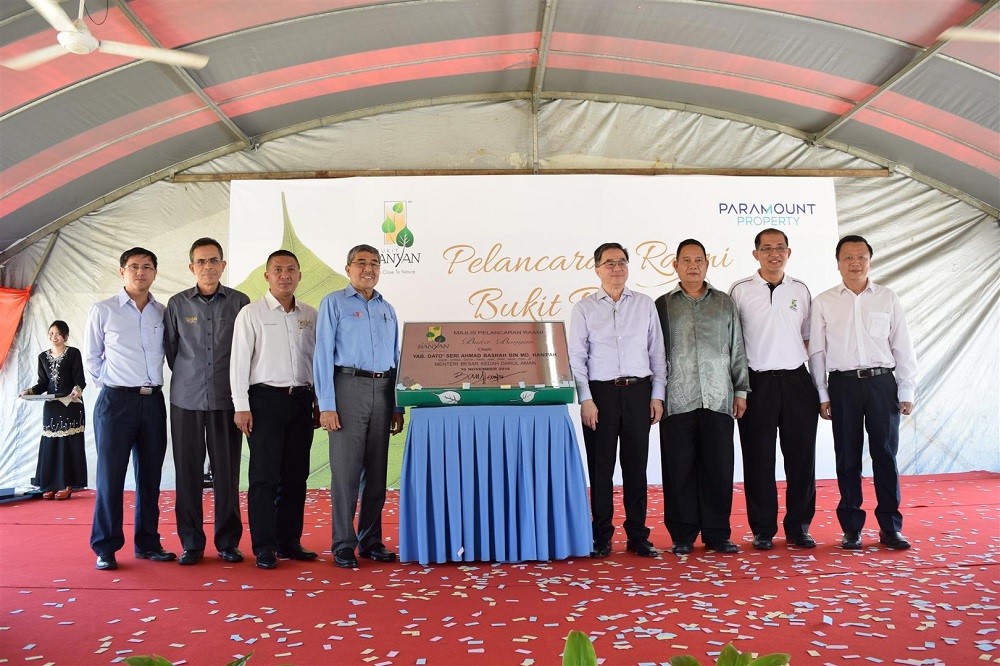 With a gross development value of RM1 billion, Bukit Banyan will be developed over a period of 15 years, Paramount said in a statement today.

Bukit Banyan will feature a 25-acre forest park with eight themed gardens, a 20-acre water park, a 13-acre commercial centre with three business parks and over 5,000 homes that are mainly priced within the affordable range, said Paramount chairman Dato’ Teo Chiang Quan at the launch event in Sungai Petani yesterday.

Teo said the landed homes in the township will be divided into eight precincts, where every precinct is gated and guarded with 24-hour security, he added.

“It is a reflection of our promise of being a people’s developer, and testament of our confidence in the future of Sungai Petani and the Northern region,” he said.

The township is poised to meet the growing demand for high-quality affordable housing in Kedah, given the state government’s initiative to spur rapid economic growth in the Northern state under the 11th Malaysia Plan, noted Teo.

Paramount also has on-going developments in the Klang Valley and will soon launch its first development in Batu Kawan, Penang.

Since then, it has developed more than 700 acres of land in the Northern region and in the process built over 6,500 homes in the region.