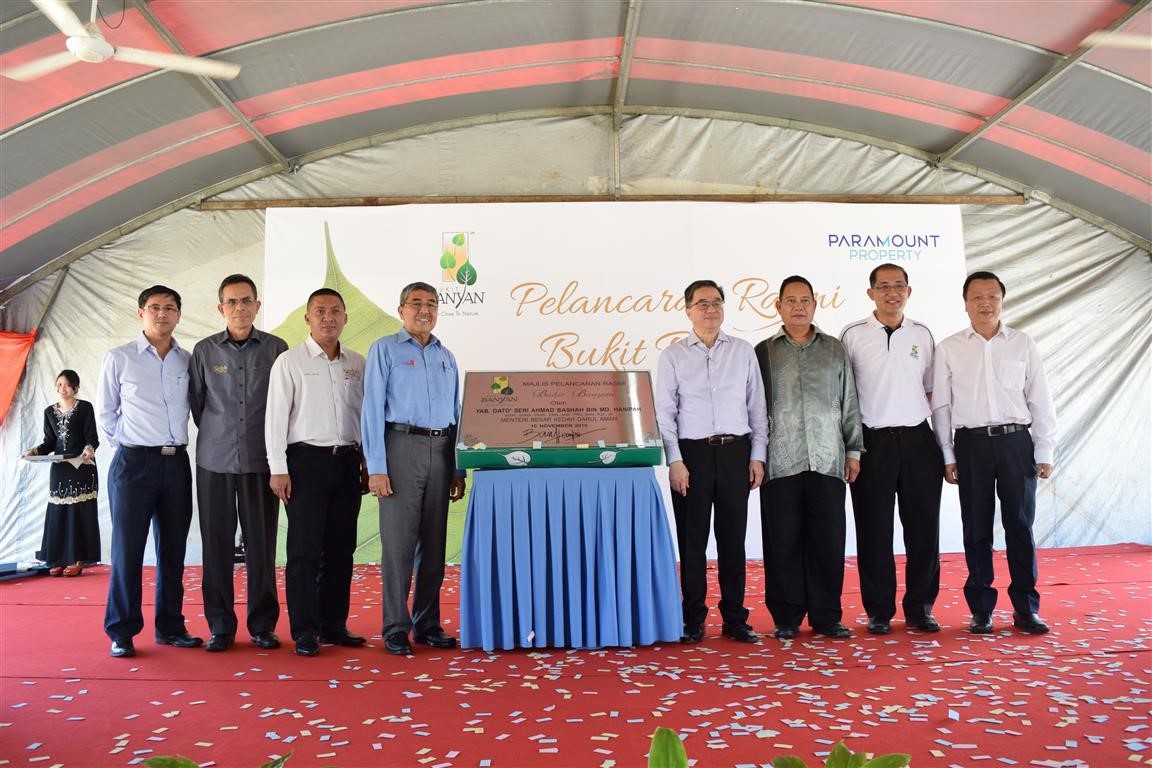 Speaking at the launch, Dato’ Teo Chiang Quan, Chairman of Paramount said, “Sungai Petani holds a special place within the Paramount Group. It is where we began our property development business almost four decades ago – our first development here was Taman Patani Jaya, which set a new benchmark in Sungai Petani for township design and planning.”

“With this Bukit Banyan project, Paramount Property is developing a further 520 acres of prime land in Sungai Petani, bringing over 5,000 high quality, high value homes, mainly priced within the affordable range, to the community. It is a reflection of our promise of being a people’s developer, and testament of our confidence in the future of Sungai Petani and the Northern region.”

Bukit Banyan is the latest addition to Paramount Property’s portfolio in the Northern region. The masterplanned township – Paramount Property’s third in Sungai Petani after Bandar Laguna Merbok and Taman Patani Jaya – will meet the growing demand for high quality affordable housing in Kedah, given the state government’s initiative to spur rapid economic growth in this Northern state under the 11th Malaysia Plan. Kedah has announced six catalyst projects supporting Kedah’s industrialisation plans that will in turn, drive population growth, thus providing a good platform for the development of new housing projects in the state.

Bukit Banyan, which has a gross development value (GDV) of RM1 billion, will be developed over a period of 15 years.

Paramount Property, marking its fourth decade in the property development business, is known for its practical, functional designs and strong focus on quality, earning it the reputation as the people’s developer. The company’s commitment to value creation earned it The Edge-PEPS (Association of Valuers, Property Managers, Estate Agents and Property Consultants in the Private Sector, Malaysia) Value Creation Excellence Award recently. The company currently has on-going developments in the Klang Valley in addition to Sungai Petani, and will soon launch its first development in Batu Kawan, Penang.

Bukit Banyan is Sungai Petani’s first hilltop development, spreading across 520 acres of undulating hills that cradle the fringe of Sungai Petani town in Kedah. With verdant landscaping and plentiful green parks, this development brings residents up close to nature while keeping modern conveniences within easy reach.

Landed homes are divided into eight precincts, where every precinct is gated and guarded with 24-hour security for peace of mind. Paramount Property’s signature North-South orientation as well as practical and functional layouts are evident in the design and planning of this development.

A 13-acre commercial centre with three business parks is planned for Bukit Banyan, which completes the commercial component of this township.