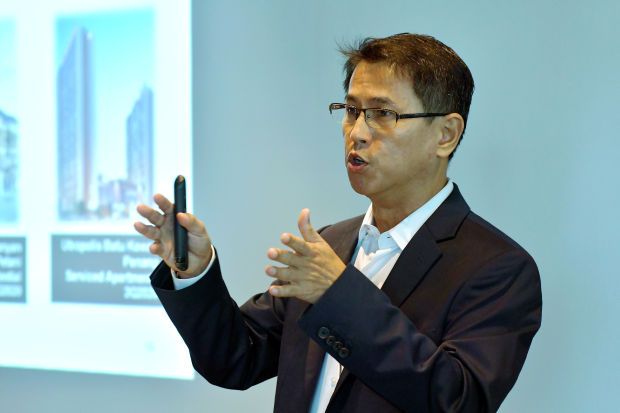 KUALA LUMPUR: Paramount Corp Bhd remains bullish on the property sector’s prospects in emerging markets, especially in Malaysia, for the second half of the year, despite the uncertainties caused by the Covid-19 crisis.

Group chief executive officer Jeffrey Chew Sun Teong said the property take-up rate is expected to recover in later this year due to the gradual reopening of the economy since the implementation of the recovery movement control order (MCO).

“Our employment market is very stable, if compared with the United States, and that is just for government services.

“We also have a number of government-linked companies in the country, which makes it a bit harder for retrenchments because the government wants to preserve employment, ” he told a media briefing on the company’s first-half financial performance 2020 yesterday.

Besides the employment market, he said, Malaysia also has other strengths to support its economic recovery, including its status as a commodity-based country.

“Global oil prices are stabilising and that is even before the full recovery of the MCO. When full normalisation kicks off, oil prices will continue to pick up. That is good for Malaysia as an oil-producing country, ” he said.In addition, he said the low-interest-rate environment, coupled with the reintroduction of the home ownership campaign in June 2020, is expected to incentivise property purchases.

As at June 30,2020, the group’s unbilled sales stood at RM873mil, with a couple of ongoing projects on track for completion this year, including Suasana at Utropolis Batu Kawan and Urbano at Utropolis Glenmarie.

The group is also scheduled to launch five new property projects this year, with an estimated total value of RM640mil, in Sepang, Klang, Cyberjaya, Shah Alam and Sungai Petani. — Bernama