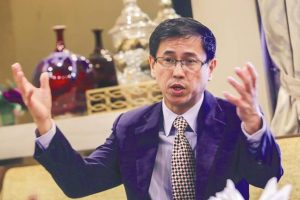 KUALA LUMPUR: Paramount Corp Bhd today received approval from its shareholders to divest 65% of its stake in its tertiary education business to University of Wollongong for RM38 million.

Speaking at a press conference after its EGM today, Paramount CEO Jeffrey Chew Sun Teong said the move will reduce its exposure in the education segment via tie-ups with strategic partners and unlock more value outside of Malaysia.

“Though if the partnership turns out well and both parties could contribute better together, whether it is for Malaysia or potentially taking the franchise out to region. We may continue the partnership,” said Chew.

Following the divestment, the revenue contribution from Paramount’s its property and education is expected to shift to 80:20 in five years from the current 70:30.

Chew said that the divestment would allow the group to have more flexibility to invest in new areas including co-working spaces.

“The flexibility is there and we will invest when we see the right opportunity that makes sense, but we’ll also be careful in not overextending ourselves. We want to put small little bets and hopefully, some of these will turn into a core business for the next ten years.”

Moving forward, he said Paramount will be looking for opportunities in the digitalisation space that is related to education or property.

The group has acquired a small stake in an online digital education platform startup, according to Chew.

Meanwhile, speaking of the property business, Chew is confident that the group could hit its projected sales target of RM1 billion this year despite the softening market conditions. Last year, it achieved RM1 billion of sales.

“We believe that we could achieve the target by the end of the year.”

The group has pushed back a number of its property launches to the second half of the year, he added.

Earlier at the EGM, Paramount shareholders also approved the proposed bonus issue of up to 180.05 million shares on the basis of two bonus shares for every five existing shares held; as well as the proposed issuance of up to 180.05 million free warrants on the basis of two warrants for every five existing Paramount shares held.