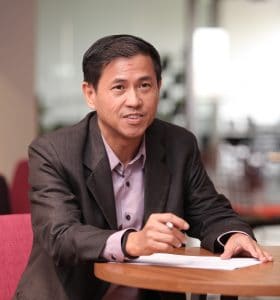 Petaling Jaya, 20 November 2019: Paramount Corporation Berhad (Paramount) recorded a 94% jump in its profit attributable to shareholders at RM30.3 million in 3Q2019, compared to the corresponding quarter last year (3Q2018: RM15.6million). The main contributor was the RM23.3 million gain from the disposal of its controlling stake in the tertiary education business which was completed on 3 September 2019.

“We achieved property sales of RM481 million on the back of RM714 million worth of properties launched in the first nine months. The Group’s total unbilled sales of RM957 million as at 30 September 2019 is expected to contribute positively to our financial performance in the foreseeable future,” he added.

“We expect the property sector to remain soft this quarter (4Q2019). However, the lower lending rate following the reduction in the Overnight Policy Rate by Bank Negara Malaysia in May 2019 coupled with the Government’s extension of the Home Ownership Campaign to 31 December 2019 are expected to improve consumer sentiments for property purchase,” said Chew.

On the education front, Paramount’s 9M2019 revenue was marginally lower at RM200.1 million (9M2018: RM205.3 million) mainly due to the completed sale of its controlling stake in the tertiary education business to University of Wollongong (UOW) on 3 September 2019.

9M2019 PBT for its education division rose by 15% to RM33.0 million (9M2018: RM28.7 million mainly due to the absence of depreciation of its Sri KDU and REAL Education Group assets since June 2019 subsequent to Paramount’s agreement with Prestigion Education to divest its pre-tertiary (K-12) education business.

Chew said, “The proposed divestment of the controlling stake in our K-12 education business will pave the way for Paramount to focus on property development, explore new business opportunities, while retaining an effective 20% stake in the business. The transaction is expected to complete in 4Q2019.”

He added that proceeds of RM540.5 million from the transaction will be used to purchase land bank, repay borrowings, used as working capital and to be distributed to shareholders as special dividends.

On the coworking spaces front, Co-labs Coworking added two new locations in 3Q2019 bringing the total space to about 85,800 sq. ft of coworking spaces in the Klang Valley. A new space of 15,500 sq. ft, adjacent to its current space at Starling Mall, opened in 4Q2019 buoyed by encouraging uptake of existing space at the mall.

“The demand for coworking space is expected to be on the rise in Malaysia, in line with global trends in coworking spaces that offer flexible, hassle-free and cost-efficient alternatives to conventional office space. This allows Paramount to create coworking spaces within our selected commercial developments and leverage on the branding of Co-labs Coworking,” said Chew.

Chew said that he expected the Group’s financial performance for the financial year ending 31 December 2019 to be comparable to the previous year, excluding the gain from the impending completion of the pre-tertiary business disposal.