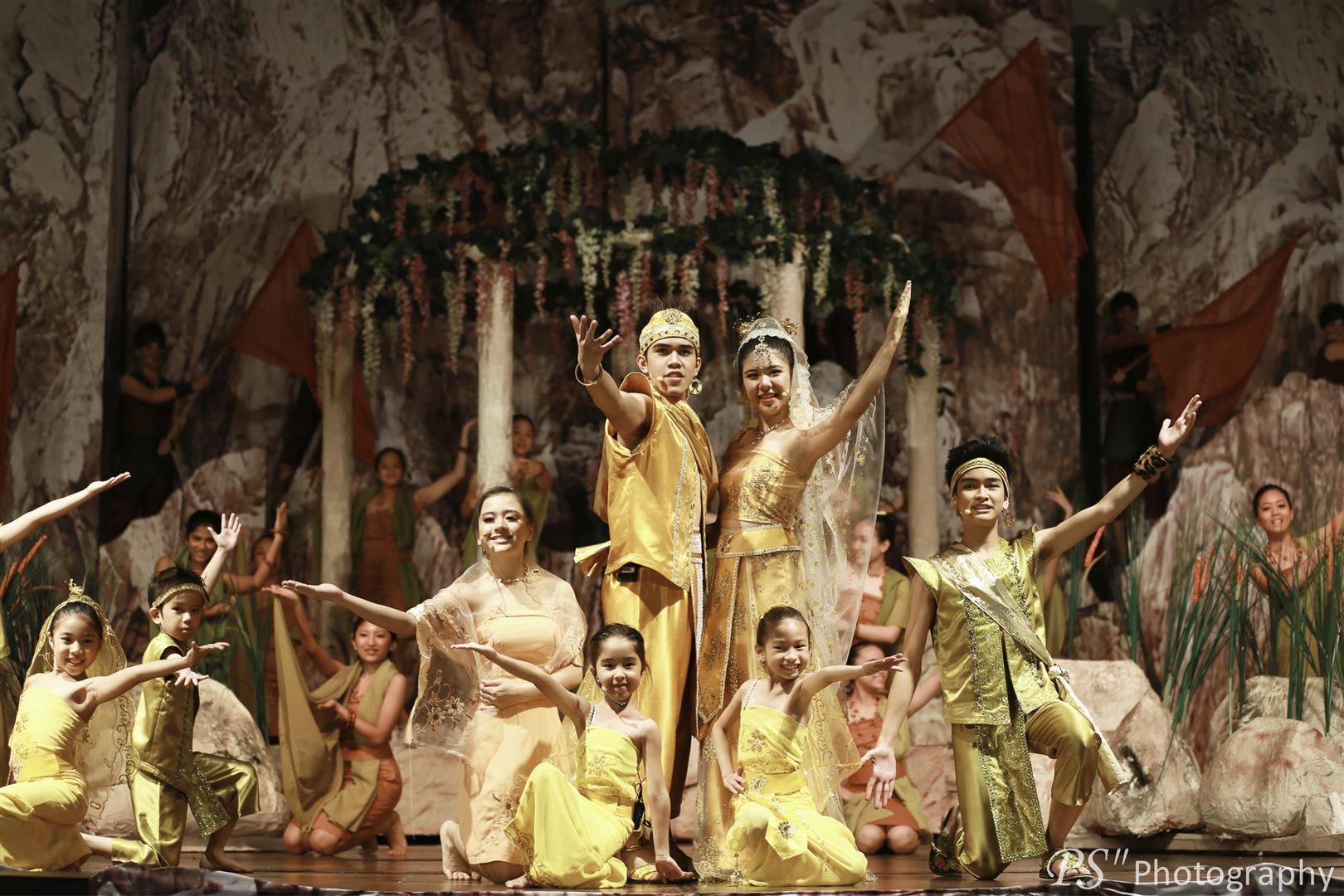 Petaling Jaya, 7 November 2013: Sri KDU®’s epic musical NAGARA today enthralled audiences with its tale of love, both pure and forbidden, intrigue, envy and betrayal leading to the eventual triumph of good over evil and love over hatred.

The staging of the 90-minute show was the perfect platform to showcase the talent and abilities of Sri KDU®’s upper primary, secondary and international school students, who performed the show and held all the roles in the cast, choir, music band and stage crew.

Commenting on the staging of the musical, an annual event by Sekolah Sri KDU®, Datin Teh Geok Lian, Chief Executive Officer of the KDU Education Group, said, “Sekolah Sri KDU® complements our academic curriculum by creating exciting platforms to help our students unleash their full talent; it is a reflection of our school ethos ιto let every student shine᾿. We believe that initiatives like this don’t just give students the opportunity to identify and nurture their diverse talent and build confidence, but also inculcate values like responsibility, teamwork and a commitment to quality. Efforts like these make them better human beings, who make a difference to society.”

She added that while these productions were normally attended by parents, the school has this year, together with parent company Paramount Corporation Berhad (Paramount), decided to stage an additional show for the schools and children’s homes within the vicinity, in conjunction with the KDU Education Group’s 30th anniversary celebrations.

“This is a way for us to engage and share with the community, and allow our students and their families, as well as staff, to give back to society,” she said.

The story of NAGARA was conceptualised and directed by Zachary Wong, Corporate Affairs Manager of Paramount. The script and lyrics were written by Celeste Lim, a Sri KDU® Secondary School teacher currently on sabbatical to pursue her double masters in creative writing in New York.

NAGARA is about a kingdom which enjoyed a pure line of wise rulers for five generations, leading to an empire stronger than the sum of its neighbouring lands. The first King Rhazan il ya Naga, the Bringer of Fire, led his fearless army to drive out the ruthless Nenhevites. He then forged strong alliances with the tribes of Mahtob Kha and Suran. But while NAGARA continued to flourish, beyond its borders, the Nenhevites lurked in the background, biding their time to exact revenge.

“We wanted to create an original musical that is believed to have existed 2,400 years ago. I believe this time frame is long ago enough for us to exercise creativity in all aspects – from the sets and props, the costumes, and even the culture. This is very different from anything we have ever done before,” said Wong.

First-time performer Wan Arif Iskandar Adnan, Form 4 Sri KDU® Secondary School student playing the role of Crown Prince Atan, shared, “The training was intense but it turned out to be a fun experience, where we interacted with students from other Sri KDU® schools; my sister was also in the cast as one of the little princesses. We didn’t want it to end!”

Against a magnificent backdrop and resplendent costumes, the NAGARA cast performed their hearts out to an audience comprising students from SJKC Puay Chai and children from Pertubuhan Kebajikan & Pendidikan Nur Kasih, Selangor.

Joanna Tan, Year 11 Sri KDU® International School student who played the wise sage Chenta, said, “Knowing we had special guests today gave us just a little added pressure, but their presence gave us energy and the pressure vanished very soon after. We are happy to see how much they have enjoyed the performance.”

NAGARA will be staged again on 8 and 9 November, 2013 as Sri KDU®’s Gala Night and then later at a Performance & Awards Nite open to parents and the public.