Property companies, whose share prices have been battered down in the past three years to multi- year lows, were not spared from the recent selling wave sparked by a combination of domestic and external factors. These included the new Malaysian government’s announcement of a whopping RM1 trillion national debt and the rising US-China trade war, which already has signs of spreading to elsewhere.

The National Property Information Centre’s latest data that shows an increase in the number of unsold units in the market has probably added more gloom to the sector. That said, a dim light might have emerged at the end of the long dark tunnel. Housing and Local Government Minister Zuraida Kamaruddin last week announced that her ministry was working with Bank Negara Malaysia to ease housing loan requirements for home buyers in a bid to reduce the number of unsold residential units in the country.

She said the central bank was preparing guidelines to this effect and that she had met officers from Bank Negara, commercial banks, the Employees Provident Fund and the Ministry of Finance. 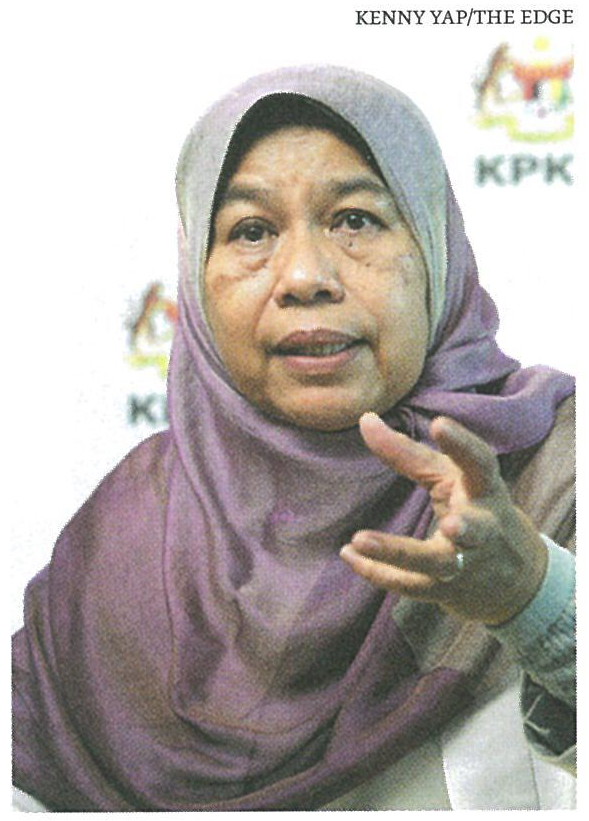 The news has raised hopes of better earnings for the property firms. Also, those that are tied down by rising unsold inventories could clear up stocks to improve cash flow.

So, is it time to turn positive on these counters?

According to Bloomberg, the average price-earnings ratio (PER) is currently at 11 times, slightly above the 10.5 times since last year. Thus, some quarters believe it is not all property stocks that are trading at valuations that warrant a “screaming buy”. 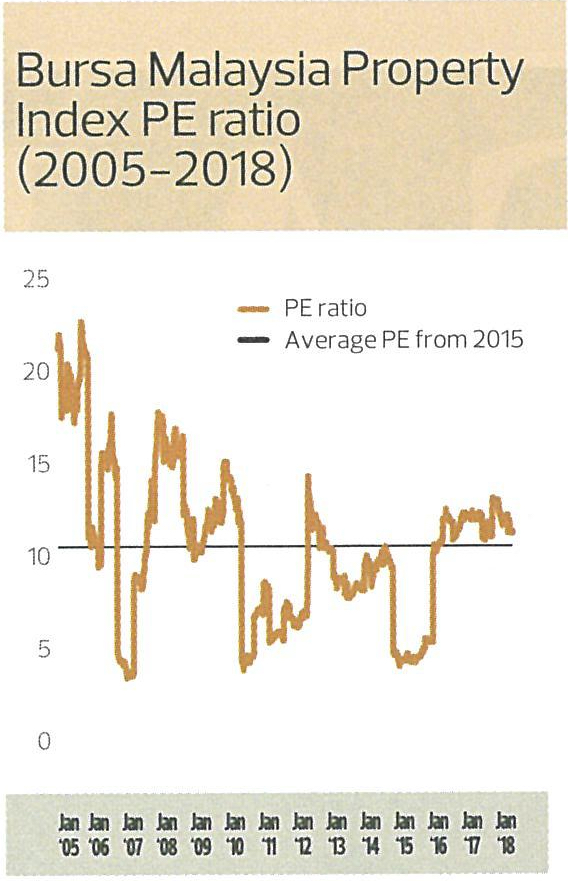 “We are still cautious on the sector’s outlook and have a ‘neutral’ call. We will continue to monitor the rising inventories at some property developers as they are a signal of more unsold units in the market, which will affect the sector,” says Loong Chee Wei, senior associate director of Affin Hwang Capital.

Still, he says, selected property counters should be given more attention due to various reasons.

Sunway Bhd is Affin Hwang Capital’s top pick in the property development sector as it is a more diversified property-related company that has good exposure in other sectors such as healthcare and hospitality, he says.

As at last Thursday, Sunway was trading at RM1.54 per share, which was 6.67% lower than the stock’s opening price this year. The stock has an average target price of RM1.90, which means an upside potential of 23.4% over the next 12 months.

Eastern & Oriental Bhd is trading at a steep discount to its realised net asset value (RNAV). The stock closed at RM1.48 last Thursday, which was only 26% of the group’s estimated RNAV of RM5.64 per share, based on calculations by MIDF Research.

“We maintain our ‘buy’ call on E&O due to the prospects of its STP2A (Seri Tanjung Pinang 2A) [project]. Reclamation works are on track and expected to be completed by the end of the year.

“Besides, near-term earnings of E&O are expected to be supported by profit recognition from the sale of STP2A land to KWAP (Kumpulan Wang Persaraan),” says MIDF Research analyst Jessica Low Jze Tieng in a May 28 report.

UOA Development Bhd is also a counter investor should keep their eyes on due to its positioning as a niche player in developing integrated property projects in Kuala Lumpur and its high yield of between 5% and 6% coming from regular dividend payments.

UOA was trading at RM2.41 per share last Thursday, which was 7.2% higher from the start of the year. While it has not suffered the same fate as many other property stocks, analysts are still calling for a “buy” on the stock with an average target price of RM2.68 per share.

Affin Hwang Capital analyst Isaac Chow ascribed a target price of RM2.81 on UOA and maintained a “buy” call on the stock, despite cutting its 2018 to 2020 estimated earnings forecasts and incorporating lower new property sales for the financial year ending Dec 31, 2018.

“In tandem, we trimmed our 12-month price target to RM2.84, based on a 30% discount to its RNAV. Notwithstanding the cut, we continue to like UOA for its branding, 6.6% 2019E yield, strong balance sheet and attractive valuation of 10 times 2019E PER,” he says. 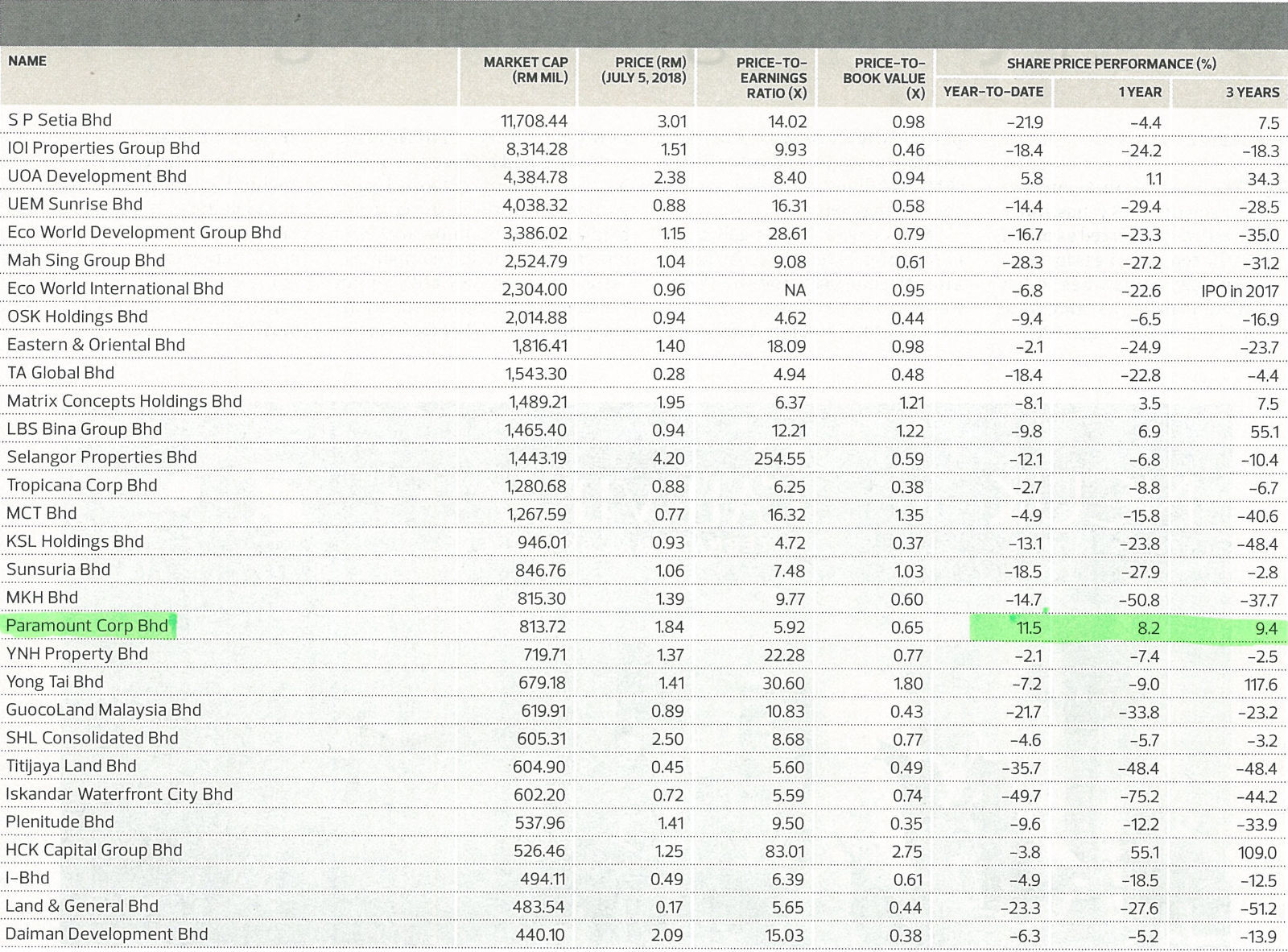